In keeping with the theme of yesterday’s article Perspective: A Key to Healing, I was curious to learn more about how we perceive the world. Here are a few videos I checked out online that I found of interest on the topic.

Advertising adds value to a product by changing our perception, rather than the product itself. Rory Sutherland makes the daring assertion that a change in perceived value can be just as satisfying as what we consider “real” value — and his conclusion has interesting consequences for how we look at life.

Really enjoyed Rory. This is a humorous and informative Ted Talk, especially the New Diamond Shreddies cereal (about 11:52 minutes in). See, now I got you hooked. The power of perception at work and you didn’t even know it. LOL!

“So I’ll ask you another question. What on earth is wrong with placebos? They seem fantastic to me. They cost very little to develop. They work extraordinarily well. They have no side effects, or if they do, they’re imaginary, so you can safely ignore them.”

“The point of placebo education is interesting. How many problems of life can be solved actually by tinkering with perception, rather than that tedious, hardworking and messy business of actually trying to change reality?”

An example about perception that Rory used. Imagine a very large red button in your house and every time you pressed the button it saved $50 for you, put it in your pension. What would happen is, you would end up saving more money. Rory explains the reasoning…

“The reason is that the interface fundamentally determines the behavior. Okay? Now, marketing has done a very, very good job of creating opportunities for impulse buying. Yet we’ve never created the opportunity for impulse saving. If you did this, more people would save more. It’s simply a question of changing the interface by which people make decisions, and the very nature of the decisions changes.”

” I think an important philosophical point, which is, going forward, we need more of this kind of value. We need to spend more time appreciating what already exists, and less time agonizing over what else we can do.”

“When you place a value on things like health, love, sex and other things, and learn to place a material value on what you’ve previously discounted for being merely intangible, a thing not seen, you realize you’re much, much wealthier than you ever imagined.”

Mind the Gap Between Perception and Reality – Sean Tiffee

Can we ever know what’s real? Communication scholar Sean Tiffee examines the relationship between perception and reality and questions the intersection between the two. In this talk, he advises us not to mind the gap, but to mine the gap and become a more loving and empathic person.

“In our reality we are the hero. From our perspective we are the hero of our own story. That makes you the villain and we must fight against you. We rarely come to the realization that we may be wrong because we believe we are the hero. We believe we have a monopoly of our own truth, because we think we know what reality is.”
“How do we mine the gap to avoid this happening? Be absurd. Embrace the absurd. This is a constant reminder that you are only seeing the world through your individual perceptions. When there’s a constant reminder that I’m seeing the world my way, not the real way, then I can have empathy to others. I’m more empathetic. There’s a gap between perception and reality but there’s something really special in the middle of that gap.”

What do Others Think of You? How the Brain Perceives other People – Dong Seon-Chang

How do we read and understand other people? We cannot look into the head of other people. Still, almost every day we successfully interact with other people. Our brain is specialized in perceiving “social cues”, and almost automatically perceives basic information about other people, such as age, gender, or ethnicity. How does our brain manage to do this? Is it possible to accurately predict the social behavior of other people? Do we perceive the actions of other people differently in other cultures?

If you plan to pass this one up, at least take a couple of minutes and watch these two clips. Great examples of Perspective!!!

“What the eyes see is not exactly what the brain perceives: We all perceive the world differently.”
“What is special about the human brain? One part of the brain, the neocortex is bigger than all the others [in the animal kingdom]. When did the human brain become intelligent? When humans started living with other humans. When the biggest friend and the biggest enemies were other humans. When thinking about what other people were thinking. This made us more intelligent. The social intelligence theory.”
“What makes you really happy? Most likely you were not alone. With someone, spouse, family, friends.”

Can You Change Your Perception in 4 Minutes? – Pari Majd

Locus of Control: The degree to which people believe that they have control over the outcome of events in their lives, as opposed to external forces beyond their control.

“Exam two people fail. Internal believe it was my fault because I did not study. External believe I did not like teacher and I was not wearing my lucky shirt. Scientists have found that locus of control is the single most important factor in achieving academic success.”
“Is it more beneficial to have an internal or external locus of control? Scientists have found internal…Drug and alcohol addiction is less likely to be seen in high internal locus of control. Don’t give into coercion as much. Bullying doesn’t affect people with high locus of control as much.”
“Our environment really impacts our perceptions. If you surround yourself with external people blame others, who victimize themselves and don’t take responsibility for their actions, it’s going to be harder to remain as internal as you could be.”
Locus of Control can be changed:

For more Information about Locus of Control: 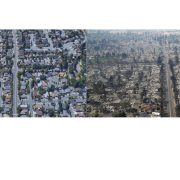 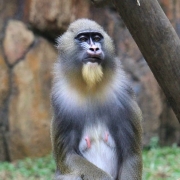 Texts With Rafiki – Battle in Life

Perspective: The Key to Healing 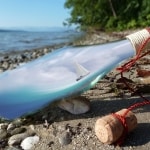