I sometimes have a tendency to go a little overboard (I know, people who know me are asking, “Really? Just a little?”). I went on a “perspective” splurge last week watching many videos. Some I liked, others, not so. However, there are still a few I’d like to share with you.

So, in keeping with last week’s “Perspective theme” found in:

Here are some more recommended videos:

What Does My Headscarf Mean to You – Yassmin Abdel-Magied

What do you think when you look at this speaker? Well, think again. (And then again.) In this funny, honest, empathetic talk, Yassmin Abdel-Magied challenges us to look beyond our initial perceptions, and to open doors to new ways of supporting others.

Ok, I must be honest. I have much humility with this Ted Talk. In terms of perception and judging the content, I almost completely skipped over this one just because of the picture portrayed for the video. However, since I’m on the topic of perception, I decided against it. I’m really glad I did. Yassmin does a great job showing us how we are “unconsciously biased” towards others by gender, race, religious beliefs, and the clothes people wear. This was my favorite video yet!

“Unconscious bias is not the same as conscious discrimination. I’m not saying that in all of you, there’s a secret sexist or racist or ageist lurking within, waiting to get out. That’s not what I’m saying. We all have our biases. They’re the filters through which we see the world around us. I’m not accusing anyone, bias is not an accusation. Rather, it’s something that has to be identified, acknowledged and mitigated against. Bias can be about race, it can be about gender. It can also be about class, education, disability. The fact is, we all have biases against what’s different, what’s different to our social norms.”

“The thing is, if we want to live in a world where the circumstances of your birth do not dictate your future and where equal opportunity is ubiquitous, then each and every one of us has a role to play in making sure unconscious bias does not determine our lives.“

“Merit Paradox….In organizations that talk about merit being their primary value-driver in terms of who they hire, they were more likely to hire dudes and more likely to pay the guys more, because apparently merit is a masculine quality.”

“I challenge each and every one of you to mentor someone different. Think about it. Everyone wants to mentor someone who kind of is familiar, who looks like us, we have shared experiences….The idea of finding someone different to mentor, someone who doesn’t come from the same background as you, whatever that background is, is about opening doors for people who couldn’t even get to the damn hallway.“

The Art of Misdirection – Apollo Robbins

Hailed as the greatest pickpocket in the world, Apollo Robbins studies the quirks of human behavior as he steals your watch. In a hilarious demonstration, Robbins samples the buffet of the TEDGlobal 2013 audience, showing how the flaws in our perception make it possible to swipe a wallet and leave it on its owner’s shoulder while they remain clueless.

This one was  FUN to watch. It’s just under 9 minutes. Great entertainment, but also shows us how we can’t always trust our perception.

“Posner’s Trinity Model of Attention: I like to think of it very simple, like a surveillance system. It’s kind of like you have all these fancy sensors, and inside your brain is a little security guard. For me, I like to call him Frank. So, Frank is sitting at a desk. He’s got lots of cool information in front of him, high-tech equipment, he’s got cameras, he’s got a little phone that he can pick up, listen to the ears, all these senses, all these perceptions. But attention is what steers your perceptions, it’s what controls your reality. It’s the gateway to the mind. If you don’t attend to something, you can’t be aware of it. But ironically, you can attend to something without being aware of it. For example, the cocktail effect: You’re in a party, having conversations with someone, and yet you can recognize your name without realizing you were listening to that.”

“Attention is a powerful thing. Like I said, it shapes your reality. So, I guess I’d like to pose that question to you. If you could control somebody’s attention, what would you do with it?”

Of course, now I have to look up information about the Trinity Model of Attention and the Cocktail Effect. I’ve always wondered about the “cocktail effect” at a party. How is it that I can hear my name across the room, respond to it while having a conversation with someone and yet I’ve tuned out all other conversations in the room?

Perspective is Everything – Rory Sutherland

The circumstances of our lives may matter less than how we see them, says Rory Sutherland. At TEDxAthens, he makes a compelling case for how reframing is the key to happiness.

I really enjoyed watching Rory on last week’s Wednesday Share Day in his Life Lessons From an Ad Man Ted Talk. This talk was just as entertaining.

“The circumstances of our lives may actually matter less to our happiness than the sense of control we feel over our lives.”

“An example of a great psychological idea: the single best improvement in passenger satisfaction on the London Underground, per pound spent, came when they didn’t add any extra trains, nor change the frequency of the trains; they put dot matrix display boards on the platforms — because the nature of a wait is not just dependent on its numerical quality, its duration, but on the level of uncertainty you experience during that wait. Waiting seven minutes for a train with a countdown clock is less frustrating and irritating than waiting four minutes, knuckle biting, going, ‘When’s this train going to damn well arrive?’”

“Here’s a beautiful example of a psychological solution deployed in Korea. Red traffic lights have a countdown delay. It’s proven to reduce the accident rate in experiments. Why? Because road rage, impatience and general irritation are massively reduced when you can actually see the time you have to wait.”

“I propose that we can use psychology to solve problems that we didn’t even realize were problems at all. This is my suggestion for getting people to finish their course of antibiotics. Don’t give them 24 white pills; give them 18 white pills and six blue ones and tell them to take the white pills first, and then take the blue ones. It’s called “chunking.” The likelihood that people will get to the end is much greater when there is a milestone somewhere in the middle.”

Visual Illusions that Show How We (Mis)think – Al Seckel

Al Seckel, an expert on illusions, explores the perceptual illusions that fool our brains. He shares loads of cool tricks to prove that not only are we easily fooled, we kind of like it.

Not much to quote on this one, just a fun video to watch and observer how our brains get fooled. The one illusion that was really baffling for me was how the nuts were perpendicular to one another. You’ll have to watch the video to see it for yourself. 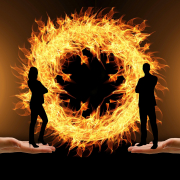 What to Do When I Struggle with Being Reactive 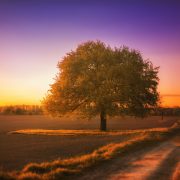 Image by Holger Feulner from Pixabay To Find Connection, I Must Remove the Poison – Part 1