You know when you plan to do something and you get distracted and think, “I’ll get to that in a minute. First I want to do this.” And then, you do what you weren’t planning on doing, then realize that’s what you were supposed to be doing all along?

Did I lose you?

I was getting ready to look through some of the share ideas I have stored away when I thought I’d clean out my email first. Many times, I disregard this particular sender because it contains so many different links. But tonight, I scrolled through the list.

What I found moved me immensely.

When Robin Williams passed away August 11, 2014, I mourned with the rest of the world. There has always been a care-free attitude about him that I idolized. When I was little, Mork was one of my favorite TV characters and I dreamed to have the confidence and quick wit that Robin Williams gave the world. He was loved and that’s how I wanted people to respond to me.

The initial diagnosis for his death was suicide due to depression.

What?? Really? That can’t be true?

How could someone who’s as eccentric and loved as Robin Williams be depressed? How did he mask his pain so well? How could nobody have seen it? Why didn’t he reach out for help? As a recovering addict, why didn’t he use the tools of the program?

Of course, as a recovering addict, really, how could I not understand?

Three months later, that same year, my former spouse asked for a separation. I fell into a pit of despair. I’d never felt so lost. I battled my depression and negative self-worth for over the next two years. At times the pain seemed unbearable. And in the mist of my pain, both physical and psychological, I felt like I would never come out of it.

I could now empathize with Robin Williams. I know what the depths of hopelessness can feel like.

Tonight, I read two articles that explained how Robin William’s condition was far worse than I could have ever imagined.

Robin Williams did not fight depression. He was depressed because he had Lewy body dementia (LBD), a progressive brain disorder in which Lewy bodies (abnormal deposits of a protein called alpha-synuclein) build up in areas of the brain that regulate behavior, cognition, and movement.

Here’s the story from his wife, Susan Schneider Williams:

The Terrorist Inside My Husband’s Brain

A biography, Robin, by Dave Itzkoff comes out next week. This book talks about Robin’s struggle with addiction and depression, along with battling this disease.

I am overcome with empathy, compassion, and sadness for his struggle. There’s two other emotions I want to deny, but they are there nonetheless; joy and gratitude. When I admit this, guilt and shame eases through the cracks and threatens to overwhelm any positive emotions that want to come out.

I’m grateful that through recovery, through hard work and perseverance, through faith and through this blog, that I was able to burn through my negative self-talk and rise from the ashes and become reborn once again. I’m grateful that I not only have the tools necessary to keep rising over and over, but I have the support of my peers and my fellow Fledglings, to help pick me up when I feel I can’t do it alone.

Robin Williams didn’t have that chance. There was nothing he could do to change what was happening inside his brain. There is no treatment.

I can not imagine what he went through; such a brilliant man fighting an emotional and mental battle that not only would he never win, but one that nobody understood in the first place. He was lost and alone.

There are over 1.4 million people that suffer from Lewy body dementia. That breaks my heart.

This is my take away. When we are having hard days. When we are emotionally stripped bare. When our negative self-talk is poisoning the depth of who we are…

We are not alone in our pain.

We may not see them. They may be very good at masking what’s going on underneath their confident exteriors. But I guarantee you, that our fellow Fledglings are standing with us on the frontline, battling the same fight.

Remember, we can Rise From the Ashes and F.L.Y. again.

Today’s blog is dedicated to Robin Williams! May he always be remembered in our hearts. May he enlighten us and give us a chance to escape with his craft. May we remember that no matter who we are, how confident we may seem, or how many people love us, we all still go through personal struggles in life. We are not alone.

Together We Can Heal

“You’re hiding your emotions. I thought you told me laughing was good?”

“You treat a disease, you win you lose. You treat a person, I guarantee you, you’ll win, no matter what the outcome.”

What Dreams May Come

“I would rather die a man, rather than live for all eternity as a machine.” 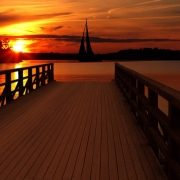 The Future of Together We Can Heal 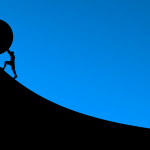 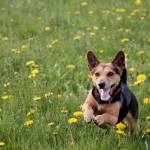 Joy, Enlightenment, and a Spiritual Awakening
Scroll to top