Fear. Face Everything and Recover.

I just read one of the best analogies about fear. Today’s share comes from the book, Life of Pi written by Yann Martel.

I must say a word about fear. It is life’s only true opponent. Only fear can defeat life. It is a clever, treacherous adversary, how well I know. It has no decency, respects no law or convention, shows no mercy. It goes for your weakest spot, which it finds with unerring ease. It begins in your mind, always. One moment you are feeling calm, self-possessed, happy. Then fear, disguised in the garb of mild-mannered doubt, slips into your mind like a spy. Doubt meets disbelief and disbelief tries to push it out. But disbelief is a poorly armed foot soldier. Doubt does away with it with little trouble. You become anxious. Reason comes to do battle for you. You are reassured. Reason is fully equipped with the latest weapons technology. But, to your amazement, despite superior tactics and a number of undeniable victories, reason is laid low. You feel yourself weakening, wavering. Your anxiety becomes dread.

For next turns fully to your body, which is already aware that something terribly wrong is going on. Already your lungs have flown away like a bird and your guts have slithered away like a snake. Now your tongue drops dead like an opossum, while your jaw begins to gallop on the spot. Your ears go deaf. Your muscles begin to shiver as if they had malaria and your knees to shake as though they were dancing. Your heart strains too hard, while your sphincter relaxes too much. And so, with the rest of your body. Every part of you, in the manner most suited to it, falls apart. Only your eyes work well. They always pay proper attention to fear.

Quickly you make rash decisions. You dismiss your last allies: hope and trust. There, you’ve defeated yourself. Fear, which is but an impression, has triumphed over you.

The matter is difficult to put into words. For fear, real fear, such as shakes you to your foundation, such as you feel when you are brought face to face with your mortal end, nestles in your memory like a gangrene: it seeks to rot everything, even the words with which to speak of it. So, you must fight hard to express it. You must fight hard to shine the light of words upon it. Because if you don’t, if your fear becomes a wordless darkness that you avoid, perhaps even manage to forget, you open yourself to further attacks of fear because you never truly fought the opponent who defeated you.

Here are a couple of good articles about Yann Martel and Life of Pi. I highly recommend this book!

Meaning, Faith and the Life of Pi

Yann Martel: ‘My children aren’t impressed that I won the Brooker or that I wrote the Life of Pi.’

Fear is something that I’ve battled all my life and is one of  the main reasons I started this blog. May this help my Fledglings face and conquer all your fears so that you, too, can Rise From The Ashes and F.L.Y. with eagles. 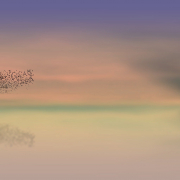 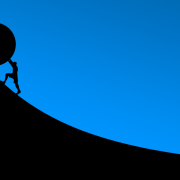