This week the World Health Organization (WHO) declared sex addiction a mental health disorder. In addition, WHO has also recently stated that compulsive video game playing is a disorder. And of course, this Wednesday Share day will be a controversial topic, especially since it’s been less than a year since the “Me Too” movement.

It has taken me many years of recovery to admit that I’m a grateful recovering sex addict. I have no problem expressing my gratitude in my meetings, however publicly, I kept my recovery to myself.

There’s safety with others who understand the struggles I went through. I now have courage, strength, and hope that I can offer those who still struggle. I know I’m not alone.

Who I’ve become, because of my willingness to dig deep into my core issues and the perseverance to continue my recovery, would have never happened had there not been a place where I knew I wasn’t alone. I needed my community, my therapist, and my acceptance that I had a disease that needed treatment to become the best version of myself.

In the 1940’s there was a huge stigma around being an alcoholic which continued through the early 2000’s. I see society now viewing alcoholics as people who have a disease and need help, however, when it comes to sex addiction, many hold judgment against those who medicated emotions with pornography or tried to fulfill their spiritual void through sexual connection.

When I went into treatment for sex addiction in 2010, I judged those who used drugs or alcohol. It didn’t take long to realize they were just like me. Our choice of drug was different, but we all had similar behaviors, trying to manage our childhood traumas that kept us trapped in our pain as adults.

When my fellow fledglings read the following articles keep in mind these ideas:

Some of the closest friends I have are my male peers in my SAA groups. For me, it never felt safe to express my emotions around men. These men are the bravest people I know. They allow themselves to become vulnerable, to express their feelings, their fears, and their daily struggles. There’s a sense of safety, of community within these groups. We give each other strength, challenge one another, and it’s miraculous to watch these men transform and grow.

We become grateful for our addiction and that we were given the grace to heal. Our healing touches all those around us.

A journey of 1,000 miles begins with one step. WHO declaring that sex addiction is an actual disease will allow many to not only take that first step in healing, but to heal the families and the relationships they have with the people closest in their lives.

Together we will Rise from the Ashes.

Sex addictions are deeply misunderstood. A new classification could change that.

Sex Addiction IS a Mental-Health Disorder

WHO Classifies Compulsive Sexual Behavior as a Mental Health Condition

Who Recognizes Compulsive Sexual Behavior as a Mental Health Condition 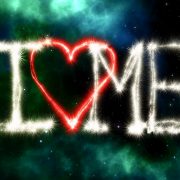 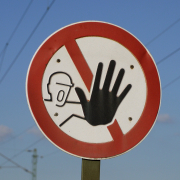 Don’t Do it Charlie Brown