I saw this question posted on a social media page:

Does anybody believe that it is actually possible to change certain aspects of one’s character (through meditation and therapy) especially after a certain age?

I have found that although I have achieved sobriety, I still often revert to old negative thought patterns or counterproductive personality traits. Despite therapy and meditation, they seem to be hard to shake off for good.

It can be doubly frustrating, when it’s something I thought I had worked through, yet, the old me still reacts to things in the same way. At times, it almost feels as though some things are set in stone, like it’s just your default character.

Despite my best efforts, I still find myself clashing with certain people, or being overly critical and complaining about things, for example.

Changing habits is one thing, but I’d love to hear some inspirational stories about actual deep level character transformation.

Your question has been something I’ve struggled with since my ex asked for a separation over two years ago.

Why does she want to separate when I have four years of sobriety under my belt? Can’t she see all the work I’ve done?

That’s when I learned that there’s a difference between sobriety and recovery.

Sobriety is stopping the unmanageable and powerless actions that defined our addiction. Recovery is the continuous daily work to manage those triggers and feelings that caused us to want to medicate in the first place.

It’s those old negative thought patterns that I too have struggled to change. That’s one of the main reasons I’m getting a divorce; I never learned how to change my reactive and manipulating behaviors.

I want to reiterate what has been said, but what keeps me moving forward in recovery.

Awareness is the first step towards change.

We can’t change unless we’re first aware that we need to.

Someone else also commented about Acceptance.

If we’re in denial about what needs to change, we can’t accept what IS and do what’s necessary to grow.

When in denial about what needs to change, we can't accept what IS and do what we need to grow. Click To Tweet

I haven’t personally seen the change that’s happening within me. I’m too close and too critical of myself to see that I’ve changed. In fact, my closest loved ones didn’t initially see that change either.

Anytime I fall back into an old habit or become reactive, I criticize myself wondering if I will ever “get it”.

Anytime I become reactive, those closest to me that I’ve hurt in the past are triggered and see “everything” I have ever done. They just don’t see that it happens considerably less than it used to.

In addition, the judgement of those closest to me only causes me to become more critical about myself; a self-depreciating cycle that I create.

A Visual That Helps Me

I don’t see my children growing because I’m too close to see the changes. But, if I run into a friend, who I haven’t seen since our kids were learning to walk, and his kids are now in middle school and are as tall as me, I’m shocked to see how much they’ve grown.

That’s the same with recovery. We’re too close and we only see the tiny changes, not the overall changes.

Our personal baseline for change and growth is the day before.

But over time, those continual daily, weekly, monthly, and annual changes have increased ten-fold.

Change, as I call it “Rebirth”, is the gift of recovery!

Last night my two girls were talking about a hat my oldest daughter really liked. I don’t remember the temper tantrum and fight that was going on in the back of the car about that hat six years ago, but I do remember my reaction. I reached back, snagged the hat out of my daughter’s hand, and threw it out the car window.

That crushed my oldest daughter’s heart. She loved that hat.

This next caused the backlash of an angry spouse, turn the car around, a “I hope I don’t get hit” comment, run out into the busy highway to retrieve hat, followed by angrier spouse lecturing husband about shaming comments, followed by an angry, confused, and depressed man for a couple of days because I once again reacted.

What is not remembered is the action and consequence that my girls had for poor behavior; what I needed to do as a healthy parent. What is remembered was how Dad reacted when my girls fought.

The follow up from my kids reliving that experience many years later was, “Wow, Dad, you HAVE changed. You don’t do anything close to that anymore.” Followed quickly by, “But you’re not perfect either. You still make mistakes.”

They won’t let me get off the hook that easy.

Through my growth, my daughters are learning the same; we are perfectly imperfect, but we constantly strive toward becoming the best version of who we can be.

We are perfectly imperfect, yet strive toward becoming the best version of who we can be. Click To Tweet

Rafiki once asked me, “Where do you want to be 10 years from now? Visualize the way you want to handle triggering situations in 10 years. Today, take that one step to be that person in the future.

“You aren’t there yet. It’s taking the baby steps today that will get you to where you want to be.”

So, take those baby steps, be companionate with yourself, and years from now you will look back and say, “Wow! I HAVE grown!!”

Don’t look at the scale daily to verify that you’re losing weight because of your diet and exercise.

Do what you know will get you there and trust that one day you’ll look in the mirror and see that you have transformed!

“For me the answer is time. After 25 years, I feel like the turtle that is winning the race. I never gave up, even though my progress was slow.” 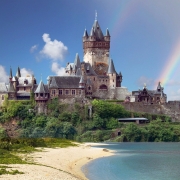 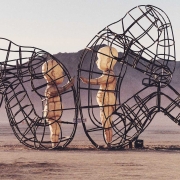 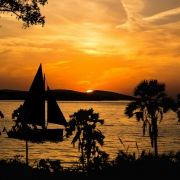 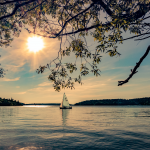 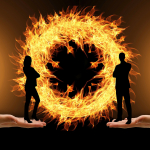