It’s time for another random text conversation of meaningful (and sometimes meaningless) quotes between myself and Rafiki. If you’re new to my blog and have no clue as to why I would post random texts, or, you would like to check out other random stuff that Rafiki and I have chatted about, check out Chronological List of Texts with Rafiki.

Many times when Rafiki and I text, we also include links to podcasts or videos. Today’s post includes videos that Rafiki has been pushing me to see, but I have not yet taken the leap. Yesterday and the day before I broke down and watched the movies he has been promoting. Talk about overcoming FEAR!

My Score mentor responded to an email I had written encouraged that I could recognize my fears about growing my blog, while also reminding me that the acronym F.E.A.R stands for “False Evidence Appearing Real”.

Now, I’ve heard “Face Everything And Rise”, but not the former. Both are great reminders about fear.

And this is where Rafiki and I started our discussion…

“A bird sitting in a tree is never afraid of the branch breaking because his trust is not on the branch, but in his own wings.”

”I’ve done a lot of thinking about fear. For me the crucial question is not how to climb without fear -that’s impossible- but how to deal with it when it creeps into your nerve endings.”

”You will always feel fear, but over time you will realize the only way to truly manage your fear is to broaden your comfort zone.”

How’d you know fear is what I’ve been working on this week? Done tons of reading and learning on how to grow my blog. Have a long, long way to go, but lots of visualizing and inner excitement to see a final product some day.

Watch The Dawn Wall and Free Solo if fear is what you are working on.

All I can say when I see these two trailers is…fuuuuuccckkk. OMG! That really gets my heart rate up. Talk about overcoming fear!

This Ted Talk is good, because it’s about fear.

How I Climbed a 3,000-Foot Vertical Cliff – Without Ropes

I’ll listen to it in the gym.

Love this quote: “Doubt is the precursor to fear.”

I just finished watching Free Solo with my roomies. You  up?

I just finished watching it with my wife. She said, “My feet are sweating and I’m cold”…weird.

I don’t know about being cold. I can understand the sweaty feet.

The body bringing functions to the core to protect vitals, and reduce danger of bleeding out from wounds to the extremities. It’s the danger response.

Okay. Thanks for the reminder. I had forgotten about that.

That was why my fingers used to get so tingly when I was stressing about my separation. All the blood was going to the core.

Great movie. Wished the girls would have watched it. My oldest daughter went to bed early and my youngest daughter said if she wanted to watch a documentary, she’d do it when she was forced to in school.

I guess it was a documentary.

And yet, a documentary where emotions are fully displayed on the camera. The fear with the crews and family. I think my wife would have left me long before I even attempted to try something like that.

It would take nerves of steel to be his girlfriend. Jimmy Chin and his wife won an Oscar for it.

Jimmy was the one who was really worried about Alex. I found this podcast where he talks about editing over 700 hours of footage.

I’m sure Alex’s girlfriend didn’t have an amygdala that was as non responsive as his. That was quite interesting to watch the doctor talk about his MRI results.

If it was me, I’m sure the MRI would show my whole brain lit up!

Other Great Quotes About Success and Fear

“Climbing with a rope is largely a physical effort. You just have to be strong enough to hold on and make the movements upward. But free soloing plays out more in the mind. The physical effort is largely the same. Your body is still climbing the same wall. But staying calm and performing at your best when you know that any mistake could mean death requires a certain kind of mindset.”

“For me, I love to dream big, and I love to find ways to be a bit of an explorer. These days, it seems like everything is padded and comes with warning labels.”

“I worked to cultivate that mindset through visualization, which basically just means imagining the entire experience of soloing the wall. Partially, that was to help me remember all the holds, but mostly visualization was about feeling the texture of each hold in my hand and imagining the sensation of my leg reaching out and placing my foot just so. I’d imagine it all like a choreographed dance thousands of feet up.”

“I’ve always been really curious about the limits of human capability.”

“My comfort zone is like a little bubble around me, and I’ve pushed it in different directions and made it bigger and bigger until these objectives that seemed totally crazy eventually fall within the realm of the possible.”

FEAR: Face Everything and Rise

Yes, I went a bit overboard about fear on this post. And yet, for me, that’s been one of my hardest climbs yet.

Fear of divorce. Fear of the future. Fear of my finances. Fear of failure. Fear of judgement. Fear that I will forever be alone. Fear of success. Fear to jump out of my comfort zone.

I allow fear to paralyze me and hold me back.

It is out of fear that I’ve held on so tightly to my marriage even when I’ve been told time and time again that it is over.

It is out of fear that I allowed all my other business ventures to stop in the planning stages and prevented me from being home when my girls were younger.

I allowed the comfort and security of receiving a paycheck doing something I know, cause me a life of loneliness on the road.

I have allowed fear to dictate my life.

As I tend to do, I researched more information about our three “fearless” climbers and I found an interesting article written by Hayden Carpenter titled What the ‘Dawn Wall’ Left Out. He pointed out that in Tommy Caldwell’s memoir The Push: A Climber’s Journey of Endurance, Risk, and Going Beyond Limits, that Tommy was ready to free-solo 1,000′ as “a warm up to attempt to free-solo El Capitan”.

Tommy wrote in his memoir, “If I took away the rope, the experience would be that much stronger. That much more real…And if I fell to my death, at least the pain would be gone, too.”

As the sun rose on the Dawn Wall, Tommy was at the lowest point in his life, the time right after his divorce. As Hayden Carpenter points out, “Caldwell needed a distraction from heartbreak, but instead of soloing to his death, he would throw himself at the Dawn Wall, a climb ‘infinitely harder than anything I had even contemplated climbing,’ he wrote.”

Carpenter sums up that the Dawn Wall came down to a simple choice for Tommy Caldwell: “to give up on life or to raise the bar.”

That resonates so deeply with me. Together We Can Heal has been my El Capitan. My distraction from the pain of my divorce. My healing journey towards forgiveness, release of pain, and resolving my childhood traumas.

As I plan to scale the next precipice to build my story into something that can help others, do I give up because life is not how I had envisioned it to be?

Do I give up because I’m afraid? 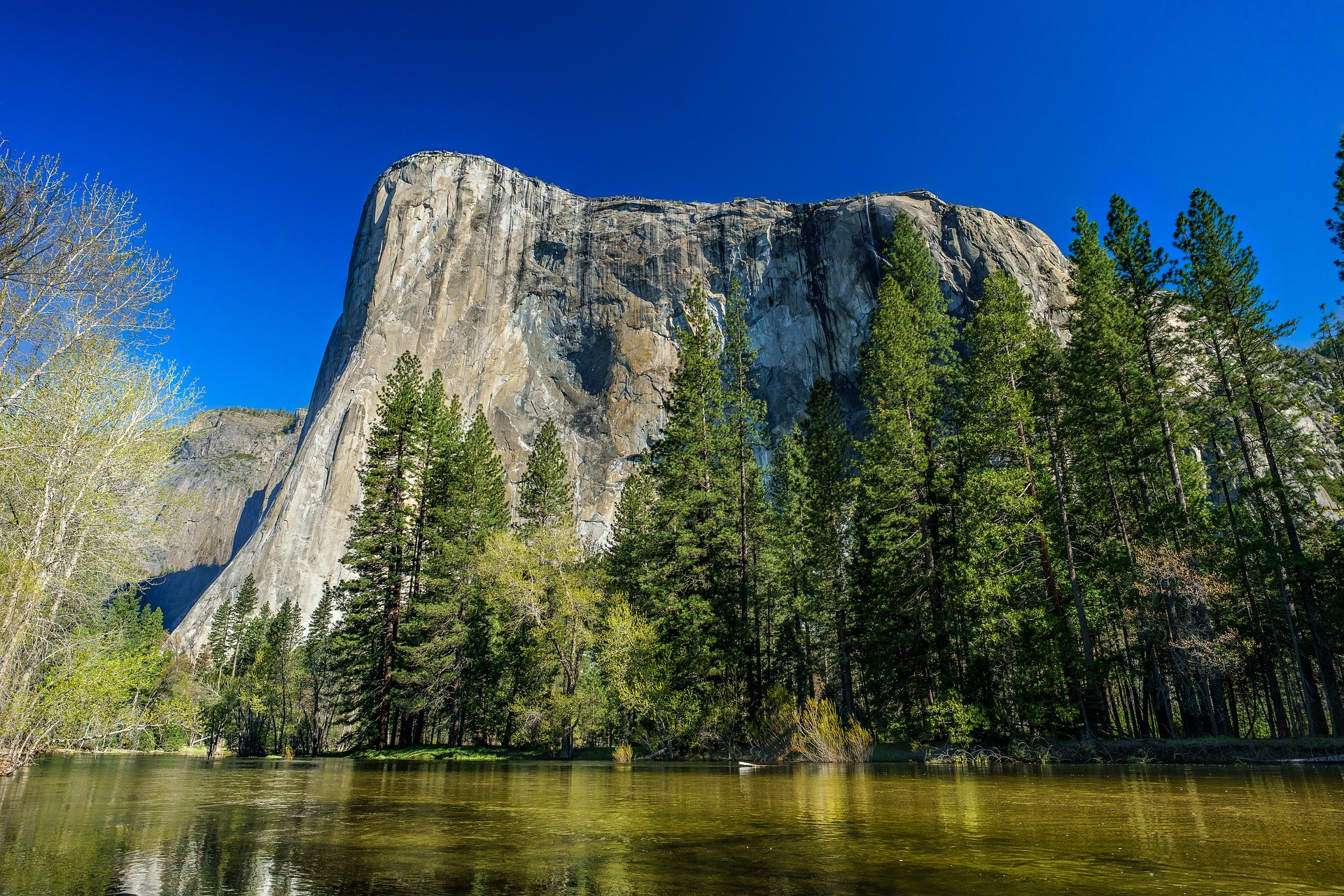 Image by Frank Ravizza from Pixabay

Do I continue to let fear dictate my life?

Or do I raise the bar?

Oh, no free-soloing for me. Nope. I’ll have my safety net securely in place.

I’ll use my ropes. I have my mentors, my program peers, my therapists, and my good friends that will catch me when I fall.

I have the tools from my recovery to help anchor me when I start to slip.

And I know that failure is not an option, but a requirement. For it is failing that will teach me what I need to do better next time so I will succeed.

May my Fledglings all follow my lead. Look at the False Evidence that Appears Real and Face Everything And Rise.

Let’s Rise from the Ashes.

Together We Can Heal 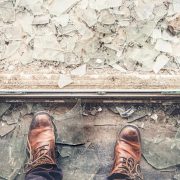 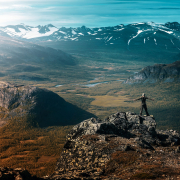 The Greatest Adventure is My Wish 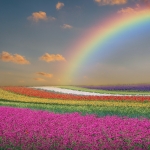