Today I’m grateful for another wonderful week. I’m always surprised to see how full it is when I look at all that I’m thankful for.

I’m grateful I was able to meet my older daughter’s guy friend as he flew up to meet her and the family for the first time (dating these days via social media is so different than when I was dating as a teen). I’m grateful he’s open, talks freely about his childhood, is goal oriented, respectful, and treats my daughter well. I’m grateful plans were changed, and even though I was apprehensive, I was able to stay for dinner with the whole family at my ex’s house and participate as my youngest daughter and her friend peppered the poor boy with questions; it ended up being a brief, yet nice evening. I’m grateful my daughters suggested my homemade hamburgers for dinner the next night, which were once again, the bomb!

I’m grateful I’ve had the opportunity to follow, through texts and pictures, my girlfriend’s porch go through a make over and experience her excitement as she decorates for the Krewe of House Floats. Since Mardi Gras was canceled this year in New Orleans, the residents have decided to decorate their porches like floats, with over 7,000 people signing up to do this. Each neighborhood has a theme the residents can use if they so decide. This allows a form of Mardi Gras to continue on, while at the same time keeping the crowds dispersed and social distancing throughout the entire city instead of having everyone crowded at one location for the parades. She was devastated when she heard that Mardi Gras was canceled and has become even more enthusiastic as she now gets to participate in the event. I love watching her brain work and how she takes what people see as junk and transforms these into crafty masterpieces.

I’m grateful for my younger daughter’s braces. My daughter has two adult teeth that have been stubborn coming in for many years. She recently went to an oral surgeon who opened her gums and attached a chain so they can help pull the teeth down. Four days ago, her orthodontist added two new brackets to the teeth that just started to pop through and tightened her braces. Not only was she in a lot of pain, it looked as if she had two letter “w’s” in her mouth formed by the wires. She was so embarrassed and didn’t want to be seen in public. Three days later, the teeth have almost come down to match where the others are. Even though it was painful, her excitement in a text and picture yesterday just brightened my heart, “I look like a normal human now!”

I’m grateful for another Dungeons and Dragons adventure on Zoom. I was a little late to the campaign due to flying, but was glad I got to join in and contribute to the group. I got caught off guard when the Dungeon Master started talking to me separately as the creature we were fighting accused me of siding with the enemy. I had to do some quick thinking to get the beast to refrain from fighting us, especially after I had a done quite a lot of damage with my longbow. I forgot some Druids can talk to animals and I’m relieved I was able to help out.

I’m grateful I can support a good friend of mine who was my rock when my ex asked for divorce over five years ago. I read something I had written to him this week and sat with him on the phone as he explained how appropriate my timing was since his wife just asked him for a divorce that day. My heart aches for him as I would never wish divorce on my worst enemy. I’m grateful I can send him and his wife healing prayers as they work through this incredibly tough process. My hope is that his faith in God and watching me rise from the ashes will give him the strength and courage to realize that he too can be reborn. I’m grateful for the belief that through pain there’s growth and there’s something beautiful on the other side and I look forward to the day I’m standing next to him, hand on his shoulder, as he comes out stronger than before.

Speaking of friends, I’m also grateful I was able to have coffee today with a close friend of the family I haven’t seen in two years. It’s still weird to wear masks while driving in a car and I’m so happy we had the opportunity catch up on life. He was such an instrumental part of both my daughter’s lives growing up, they referring to him as their uncle. I’m grateful that even though I went to another airline to work and we live in different states, we still keep our friendship alive and when we get together, we can pick up where we left off.

In addition, hanging out with him gave me the incentive to reach out to another friend who used to live with my ex and myself. He stayed at our place while he was on reserve (on call) seventeen years ago and while he missed those days with his family, I was ever so grateful he was there to keep my ex company when I was flying and there to provide some really deep conversations when I was home. I guess in a way, I’ve always had a village. I’m grateful that my ex and I helped guide him as he immigrated from another country to the U.S. and has become successful outside his flying career with three rental properties and a side business with his wife.

I’m also grateful for yet another close friend (wow, so many friends that bring abundance in my life) who feels safe and comfortable to express their decision to identify as a trans woman and explain to our group that she’s starting hormone treatment therapy with the support of her wife. I admire the strength and courage she has for taking the next step and being true to herself. I pray I’ll be able to remember the new name she identifies with (I can’t even remember the last three flight attendants I flew with an hour ago).

I’m grateful the hotel I stayed at last night had a gym that was open. It’s been way too long since I’ve had the ability to lift weights. In addition, my next overnight also has a gym, so it’s back to lifting tomorrow too! I’m so excited!! I’m grateful, that while I may have gained some weight these past six months, I know what it takes to lose it and get back to a healthier lifestyle. I have learned healthy living is a choice and I can do it when I put my mind to it. I’m also grateful for my yoga partner who just texted me today with an ab/squat challenge. I’m jumping in a bit late, however, I’m always up for another challenge.

I’m grateful my landlord is getting his house refinanced. Not that he asked us, but this has given my roommates and myself a reason to do some much-needed deep cleaning before the appraiser comes over next week. My goal is that we can keep this up. Speaking of my roommates, I am so grateful for the two of them. They take care of my girls as if they were their own and are such a support. I’m also glad they were around when we met my daughter’s new guy friend.

As I’ve said, it’s been a satisfying week. Thank you, Father, for helping me see the blessings in my life and not focusing so much on the negative. 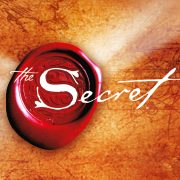 The Purpose is to Give Meaning to Others 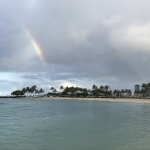