Here we are on Good Friday. I’m still questioning if I should keep posting parodies. I’ll probably second guess myself for a while.

I’m realizing when it comes to content (and the time to produce content) that someday it’d be nice to have other voices on here. Such as stories from my Fledglings that explain the struggles they’re dealing with and how they’ve managed to rise from the ashes. Or more useful links to share, rather than homemade music videos.

Speaking of music videos. How many of you were born in the MTV generation? How many were around when music videos first started playing on cable and our parents thought the next generation was wasting their life away because they watched music videos all the time?

From that generation, how many of you would have imagined that almost 40 years later people from all over the world would be making their own music video parodies for others to watch?

I had look this up. When was MTV’s very first music video?

MTV’s, or Music Television’s, very first episode was aired on August 1, 1981. And the first video was…

WOW! This is the very first music video? We’ve come so far over the years.

This video reminds me of their podcast where they talked with their counselor/pastor about how Kim wanted to see how long it took the family to change the toilet paper roll. Passive aggressively, she posted daily on Instagram until someone told Penn on Day 7.

I searched online for that podcast and found this. I hadn’t seen the actual videos she posted and Penn’s response. If you have time (wait everyone has times these days), listen to their podcast from a year and a half ago to hear how their paster counseled them to find a better way of communicating those things that frustrate them in a marriage.

Well…staying with the no toilet paper theme.

I like the disclaimer at the end: “Please do the exact opposite of everything mentioned in this song.”

“We didn’t spread the virus, cause we were all at home and had no where to go.” 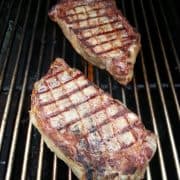 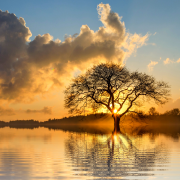 Image by 8926 from Pixabay To Find Connection, I Must Remove the Poison – Part 2

Take the Beef Off the Grill
0 replies 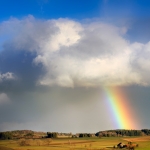