“You play the victim so well; I’m surprised you don’t carry around your own body chalk.”

I had the great privilege and honor to have Eddie Capparucci, a certified sex addiction therapist from Abundant Life Counseling in Marietta, GA and blogger for Sexually Pure Men, ask me to read his new book, Going Deeper: Understanding How the Inner Child Impacts Your Sexual Addiction. This book was released last week, February 13, 2020. 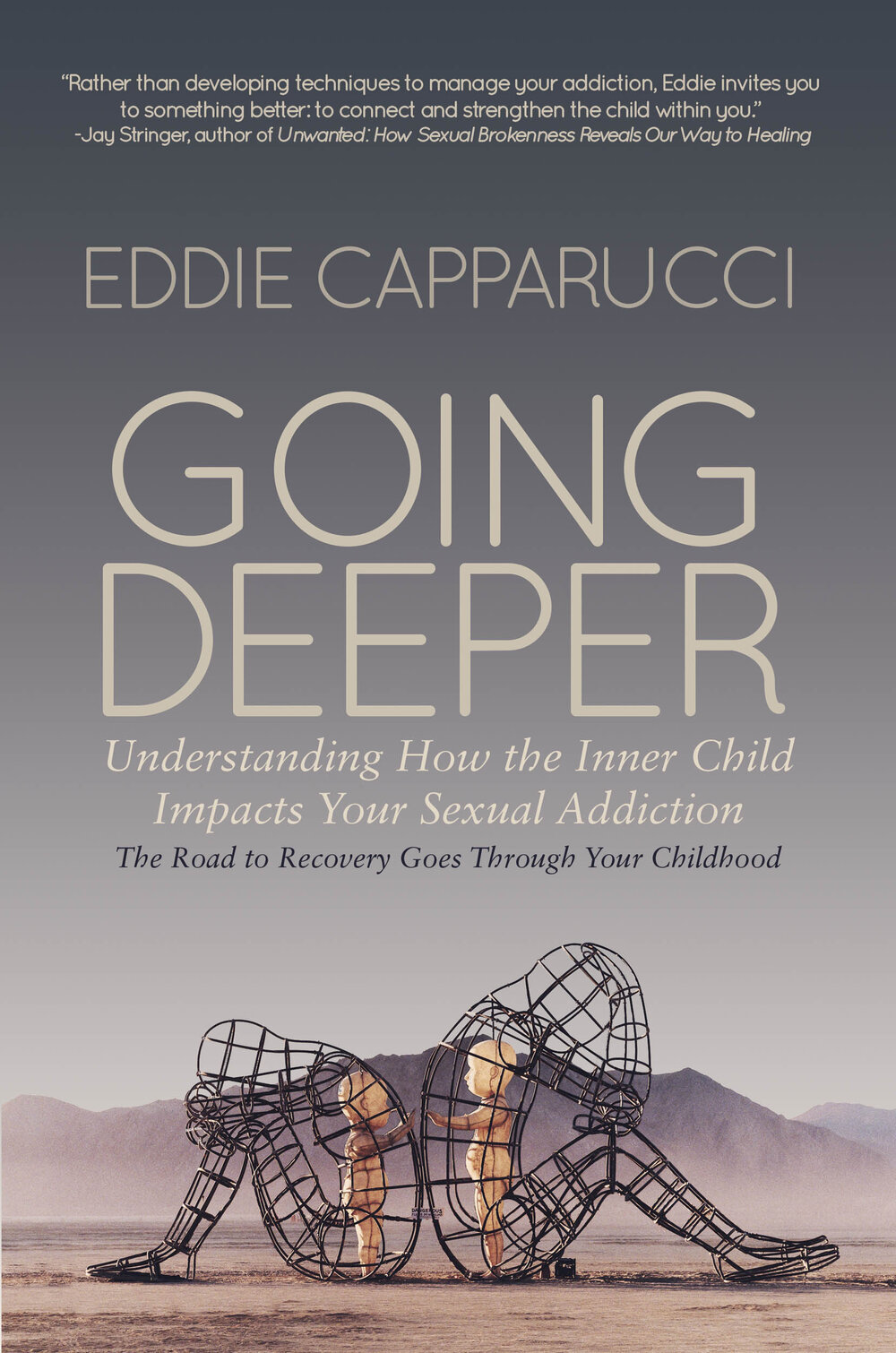 END_OF_DOCUMENT_TOKEN_TO_BE_REPLACED

I can see the eye rolling response I’d get from my two teen daughters right now who aren’t as appreciative of “Dad jokes” as I am.

Seriously, I can’t believe it’s been three years since I wrote my first blog January 9, 2017. I’ve come such a long way from that first piece where my energy was focused on “if, through this blog, I can save just one marriage…”

I’ve had over 9 years in recovery and have done an inordinate amount of personal work. A little over five years ago my ex asked for separation. A year later she asked for divorce and another six months before we filed the divorce with the courts. This was followed by another three and a half years before the final papers were signed, just two months ago.

Our divorce will be finalized sometime this month (maybe it already has been) when we receive the stamped “judgment” in the mail.

May 1st, 2018 I wrote a blog titled “It’s Time” where I thought I had stopped fighting the current. My therapist repeated to me a couple of weeks ago what he’s been telling me for years.

“What I love about the universe, is that it will continue to repeat itself until you’re ready to listen.”

I listened alright. Just like a child listens to their parent. “Yeah, yeah. I hear you.”

I’d internalize what I heard for a few days, maybe a week or two, then back to old habits I’d go, only to once again be reminded that my actions showed I still did not get it.

END_OF_DOCUMENT_TOKEN_TO_BE_REPLACED

I woke up this morning with a realization. It’s been sitting under the surface of my consciousness for years. I just haven’t been able to truly see it. Or, maybe, I’ve kept the blinders closed up so tightly to keep me from seeing it. To protect myself.

You see, this is the root of all my anxieties. And those fears only became amplified in my marriage.

It all starts with childhood.

I had a grandmother who used shame to control her kids and grandkids. Common phrases said to my mom and uncles were “I do all this for you and this is how you repay me?” and “Kids are seen but not heard.” She was very dismissive about the emotional state of her family, while at the same time doing everything in her power to make our family look pristine and perfect on the outside.

I had a mother who was so worried about how the world (especially her parents) perceived her, that the message her little boy learned was he had to be perfect in everything he did. He learned that perfection wasn’t for him, it was to protect his mother from the shame and judgment she felt if he didn’t meet the family’s high expectations.

Add a biological father who couldn’t manage his own shame and fear of judgement, that he disappeared from this little boy’s life. Instead of being the father this boy needed, he ran and shirked his responsibilities.

Mix this up with a step-father who was physically and emotionally abused by an alcoholic father and who was forced to grow up fast to support his family in his pre-teen years. This man built an emotional wall of rage to protect himself from his own demons.

All this little boy wanted and needed was to be nurtured and loved. He had grand fantasies of becoming a super hero to save the world. He had a kinship with Bilbo and Frodo, because they too, were small, and yet they were large beyond their means. He had a vision to fly a 747. Not just any airplane, but the BIGGEST one there was. It wasn’t because he was vertically challenged that made him feel small. He felt small because the people around him never saw him.

He only wanted to be seen.